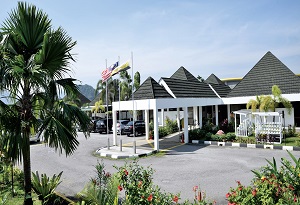 Yayasan Ipoh (YI) is a non-profit organization established to primarily raise funds to support the rehabilitation services of its therapy division, Persatuan Pemulihan Sultan Azlan Shah (PPSAS). We provide various therapy services for people with disabilities and anyone that comes through our door irrespective of race, religion, culture and age. Our main focus is to reach out and to extend our help to anyone in need whenever and wherever we can, thus ensuring that No One Is Left Behind.

Our mission to help the disabled in our community and the commitment of those who are entrusted with this mission. But none of this would have been possible without the generosity of our supporters. Last but not least it is the unspoken narrative of those who have not given up their dream of being useful members of society despite their disabilities. We are richer as a community when each diverse human gift can find a fitting place whatever his limitations. We invite you to join us in ensuring that No One Is Left Behind.

Yayasan Ipoh has from its founding in 1982 set out to help those with disabilities – enabling them to be equal partners in the community. The fierce commitment of our founder to “do something” for the disabled; and the matching “big heartedness” of our donors – people who opened their hearts as well as their wallets – were what YSIS was founded on.

The lack of funds did not curb his enthusiasm nor his imagination of what could be. Jeyaratnam was not afraid to think big. As they say; giant oaks from little acorns grow; one thing led to another; we grew from strength to strength – adding new facilities and engaging full time rehabilitation professionals.

Today we are probably the foremost donor-funded rehabilitation centre for persons with disabilities in the country. Physical therapy is only half the treatment; just as important is repairing the emotional and mental state of those with disabilities.

In this respect we do not treat them as objects of charity, rehabilitation or special services but as equal-rights holders in society – without discrimination and with their dignity intact.


All this requires the hardware – the facilities; as well as the ‘software’ – the dedicated professionals. Business corporations as well as organisations and individuals responded to our call for help from day one. Without these generous “enablers” it would have been an impossible mission. I hope you will continue to join hands with us to make sure No One Is Left Behind.

Helping Those with Disabilities 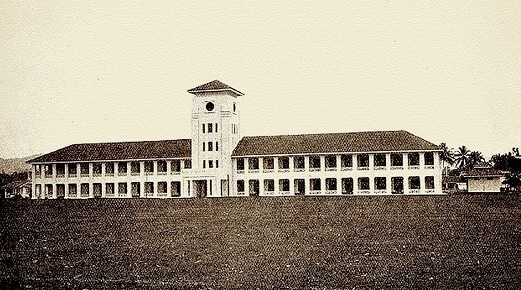 Tan Sri Jeyaratnam is a first generation Malaysian. Both his parents came from Ceylon (now Sri Lanka). He had his schooling at the Anderson School.

By his own admission, he was not a model student. He preferred gallivanting or even running errands to studying. In his own words, he was a “loafer extraordinaire”. This resulted in him getting a Grade Three in the Senior Cambridge Examination. It was almost as bad as failing. 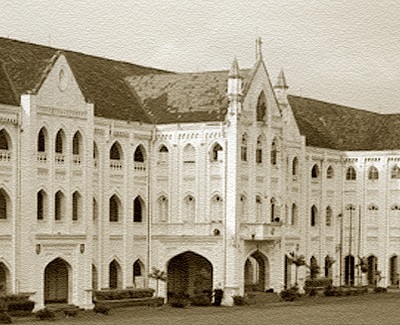 His father transferred him to St. Michael’s Institution to repeat his Senior Cambridge exam. This time he obtained a Grade One. He was still clueless what he wanted to do with his life until one day during his loafing he saw a crowd at the court house opposite the railway station. He saw the crowd parting like the sea before Moses, as a black man, immaculately attired, strode imperiously towards the entrance with his assistant scurrying five paces behind, carrying volumes of law books and files.

He learned from the gawking crowd that the black man was the great R.P.S. Jayasooria, a lawyer of some repute. He saw this black lawyer contemptuously brushed aside the arguments of the opposing lawyers – White Men! There and then he knew what he wanted to be.

He read law at London University and did his bar at Lincoln’s Inn. On his return he joined the firm of Cheang Lee & Ong as a junior. As the firm had no one specialising in criminal law, he decided to make up for the deficiency. At the back of his mind he was determined to be the next Jayasooria.

The high profile case of Chai Kang the communist made his name when the hangman’s noose was metaphorically on the neck of Chai Kang. He literally saved the man’s neck. After that he was never short of work as every alleged criminal wanted to be represented by him. All work and no play makes Jack a dull boy, as the saying goes. There was no danger of that with Jeyaratnman. Suffice to say the young lawyer was man about town.

The Sports of Kings 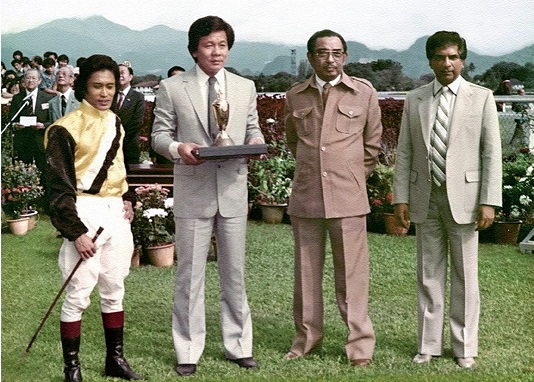 During his tenure the Perak Turf Club contributed not just to charities like the YSIS but also by donating facilities like the fountain at the round-about outside the Menteri Besar’s Residence, the Japanese Garden and the Musical Clock for the enjoyment of all Ipohites. The events organised by the Turf Club not only brought in funds to YSIS but also tourists to Ipoh.

Dato’ Hj Umar bin Hj Abu the Datuk Bandar or Mayor of Ipoh said “Ipoh would not be the same without the Perak Turf Club”. That was due to the Turf Club’s social commitment to Ipoh under the chairmanship of Jeyaratnam. He remained the Chairman until 2017, the longest serving Chairman of any turf club in Malaysia. 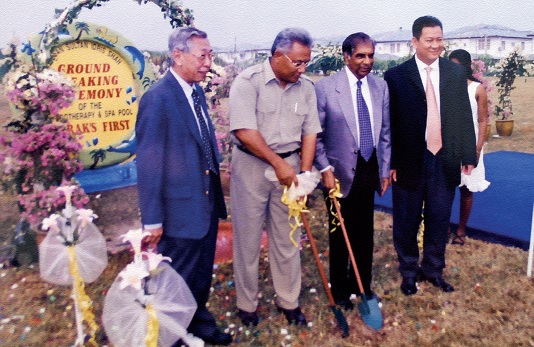 At the ground breaking ceremony of Perak’s first Hydrotherpy and Spa pool.

If it seemed a coincident that in 1982 Jeyaratnam started the YSIS – it is not. Anyone who knew him knew he was likely to do something like that. He had always had a big heart. He might have had a privileged life because of his wealth and position, but he never forgot those less fortunate. It was the sight of a handicap person struggling up the stage to receive an award – at one of the many functions he attended; that made his mind up. He was going to help those with disabilities.

He used his position as Chairman of the Turf Club and his contacts with the rich and famous to support YSIS. It was his personality and his sincerity that convinced them rather than his position. Corporations, horse owners, Hong Kong film stars, beauty queens and even our Perak royalty; they all supported his charity functions – gala dinners, celebrity football, beauty contests, balls. 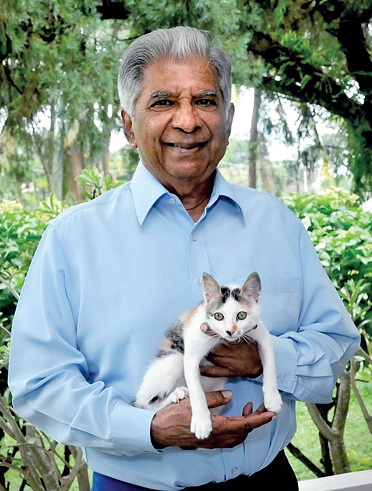 At the end of the day, whatever his position – as a high profile lawyer, Chairman of the Perak Turf Club, man about town and a man with an almost celebrity status; it is his sincerity and big heartedness that stood out.

He is just as comfortable with royalty as with the common man. At 94 his passion for helping the disabled has not dimmed.

He is never too busy to give a hand-up to anybody. 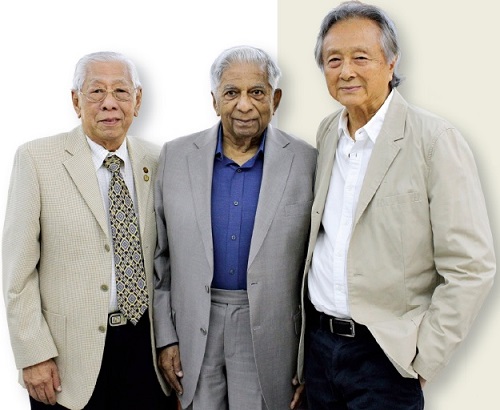 I take this opportunity to wish each and every one of you a very happy, prosperous, healthy New Year. I am extremely optimistic that whilst we are recovering from this pandemic, a new normal life is emerging to which adaptability & flexibility will be a requirement of the day so that our daily life can be carried on with ease.

I on behalf of the Board of Trustees thank the CEO Dato Dr. Ramanathan who upon taking over the management of Yayasan Ipoh, has worked tirelessly to make Yayasan Ipoh the premier rehabilitation centre in Perak. No organization can be a success without the dedication and hardwork of the team of staff at management, rehab and support level at Yayasan Ipoh and we are thankful to each and every one.

The Board of Trustee & I express our profound gratitude to all of our clientele, supporters, well-wishers without whom this non – profit organization could not have sustained especially during the past two years.

Last but not least, our eternal gratitude to our patron The Duli Yang Maha Mulia Sultan Perak Raja Dr. Nazrin Shah whose leadership & guidance is ever a shining light to us especially during these turbulent times. In parting The Board of Trustee & I with all humility request your continued support to enable us to serve the public in all manner possible.